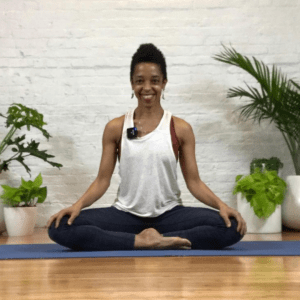 It was Stephanie’s dancing spirit and love of movement that brought her to yoga. A graduate of the University of the Arts in Philadelphia with a BFA in Dance, Stephanie began practicing yoga in 2001 while performing in The Lion King on Broadway. What started as a way of preparing the body for daily performances, soon became a way of life.

Stephanie is currently the Director of Teacher Training at Sacred Brooklyn in Bed-Stuy. She leads workshops throughout New York and also teaches privately. Stephanie’s classes are rooted in alignment and stability, but are also an exploration of creativity, freedom and personal expression, meeting each student where they are.